Representation of a collision of protons (based on a graph from the CERN).
The rings range from infinitely large, to infinitely small.

Higgs Boson – Le Monde on Behance by Zim and Zou.

Can you explain the nomenclature change, from M8, M9 to ‘M’?

We don’t want to give our customers the feeling that when the M10 comes out, for instance, that the M9 is suddenly the ‘old’ model and they have to buy the new one because the old one isn’t good enough anymore. We decided that the continuous numbering concept is not the right thing for us in the long term. The Porsche 911 for instance has always been the Porsche 911. The Leica M is a timeless product, and this is what the naming should express.

Sadly this product design policy is not employed in other products, which have become just use-and-throw, nothing else. I’m glad to hear that Leica continues with its tradition.

Every company makes the same design with dark brown wooden housings. They called that in Germany [unclear]. It’s always a compliment when some products you have designed become a nickname, like the ‘Snow White Coffin’. Nobody knows exactly where it’s coming from, it comes from the competition or it comes from the inside. The first thing was not only the cover, it was only the base, the main base in metal. I was influenced by my grandfather who was a carpenter and he was a specialist with surfaces. I learnt that from him, but I had in mind to study architecture. After that I finished my studies. That was a time where in Germany there was nothing, so things come back from the United States, for example, with architecture – there’s things from … Gropius, from Marcel Breuer – all these things come. And it was for us just to look in a New Brave World.

Somebody said that there is an announcement in the newspaper that there’s a company called Braun. And then I get an answer from Braun – I met him first and he told me about his ideas. His vision was to change the product line. It was at this time unbelievable – totally new approach as a company. But that was the thinking behind it – it was not only concentrated on design – design was one part. In the company there were possibilities that people could have things because even secretaries doing always the same things the whole day, they need something to stay healthy.

The first exhibition of the new design of the radios was very successful. The media and everyone was surprised about that, so Braun became more known. Nobody had this idea that by the help of design, you also could be very successful.

I did it because I became a teacher at the Academy of Fine Arts in Hamburg, so it was necessary to do something which you could tell the students and could tell to the press and also to keep together our own behaviour in the design department at Braun. The last one was as little design as possible, which is a similar lesson.

I hate everything that is driven by fashion. From the beginning I was hating in the 60s the American way of styling, especially cars. They changed their styling things every 2 years and designed new ones which is nothing to do with good design.

So at the end of the 60s the whole programme was looking like that. In the beginning were the first writing machines. It was also monochrome – why should it not be in a colour? It’s a difference between a kitchen machine that stays permanently in the kitchen and has to be in the background like … it was thought our products should look like an English butler – be there when you need them, but in the background when you don’t need them. So it depends on the product to make it colour or not.

I was involved always and still in the field of furniture. And then I met Otto Sap and Nils ??? I had in my mind always thinking not one blinds alone but always thinking how can I add something? Specially developing furniture – people could change them, they could add something after using them a while.

Somebody has written that I am the designers’ designer – I take that as a compliment. I also take it as a compliment that ??? is taking some of the ideas I had in the 60s and that is for me, again, the best compliment you can get as a designer.

They called it later the first Walkman because it was the first one you could have with earphones and walking with it. It was also designed as a system – separate radio. They made an exhibition with the and they make this poster.

I think that design has a great, great responsibility for the future. I am always optimistic – as a designer you have to be an optimist, otherwise you should not stay as a designer any more.

Help design a planner customized to your needs

You are not satisfied with the planners available in the market? Then give your suggestion in the survey by Quo Vadis Blog, who is planning to create a newly designed planner soon. Click the link above to land on the survey page! 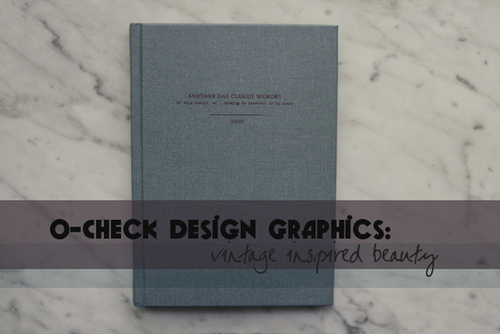 Korean stationaries brings nostalgic feeling about traditional writing with their timeless design. O-Check is one such korean company. This memory notebook is simply simple and elegantly elegant.
Via www.notebooklovespen.com 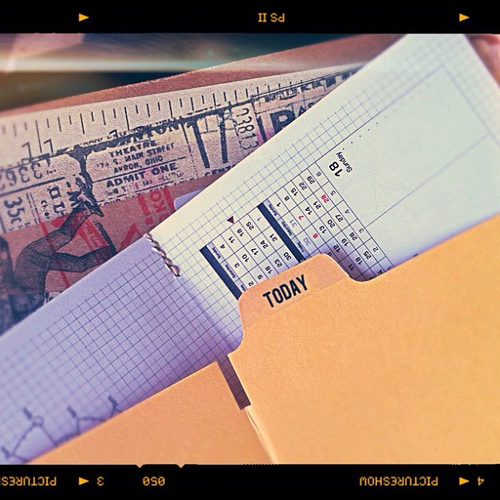 Finally made up my mind to create my own diary for 2012 a week ago, here I go sharing with you all! But first please give me a little support, my Dad recovered from prostate cancer but at the same…
Via scription.typepad.com