Of Hyperion we are told that he was the first to understand, by diligent attention and observation, the movement of both the sun and the moon and the other stars, and the seasons as well, in that they are caused by these bodies, and to make these facts known to others; and that for this reason he was called the father of these bodies, since he had begotten, so to speak, the speculation about them and their nature.
—Diodorus Siculus (5.67.1)

This is how we know Hyperion from Greek mythology. In modern astronomy, it is also the name of spongy looking moon of Saturn. NASA’s Cassini spacecraft took a snap of it during its flyby in August 2011. 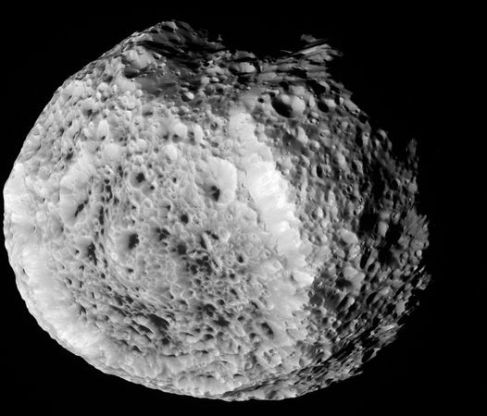 It is as spongy as it gets, to be battered on each and every side. A beautiful, yet very violent picture of any major celestial body so far.
Source: nationalgeographic.com

Posted by calculi | Filed under Personal